Los Angeles Museum of the Holocaust is proud to present 500 YEARS, a film that completed a successful run on the festival circuit, receiving ovations at every stop and five sold-out screenings at its Sundance world premiere.

500 YEARS is the third and final installment in Director Pamela Yates and Skylight’s epic trilogy on Mayan indigenous resistance in Guatemala, The Resistance Saga, which began with When the Mountains Tremble (1983), followed by Granito: How to Nail a Dictator (2011).

The new film tells the sweeping story that led Guatemala to a tipping point in their history, from the genocide trial of former dictator General Ríos Montt to the popular movement that toppled sitting President Otto Pérez Molina. Focusing on universal themes of justice, racism, power and corruption, 500 YEARS tells the story from the perspective of the majority indigenous Mayan population in Guatemala, and explores their struggles in the country’s growing fight against impunity.

The screening will be followed by Q&A with members of the cast and crew.

Los Angeles Museum of the Holocaust is an artifact-rich institution that was founded in 1961 by Holocaust survivors who met in Los Angeles, each with their own personal experience and precious documents, photographs, and objects that connected them with their history, family, and friends. They believed in the importance of creating a space to commemorate their loved ones, house their precious artifacts, and educate future generations. Today, Los Angeles Museum of the Holocaust continues its mission to commemorate, educate, and inspire. 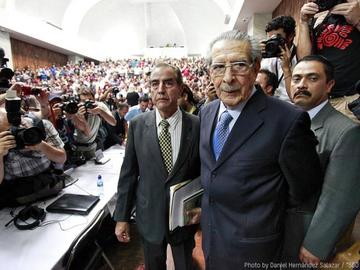