Lilly Maier, author of Arthur and Lilly, tells the story of Arthur Kern, who was born in Vienna and put on a Kindertransport at age ten. Arthur was eventually able to escape to America via France, but he never saw his family again. Sixty years later, as a retired rocket engineer who resided in Los Angeles, Arthur went back to visit his childhood apartment in Vienna and became aquainted with Lilly Maier. Lilly was only eleven years old at the time, but the two continued to shape each other's lives from the moment of that first meeting.

Arthur and Lilly is published in German. Lilly Maier is currently working on an English version, and her talk will be in English.

Lilly Maier was born in Munich, Germany in 1992, the daughter of Austrian journalists. She holds an MA in Jewish History from the Ludwig-Maximilians-University in Munich and a second MA in Magazine Journalism from New York University, where she studied as a Fulbright scholar. Currently she is a PhD candidate in Jewish history at the Ludwig-Maximilians-University in Munich, researching female rescuers of Jews during the Shoah. 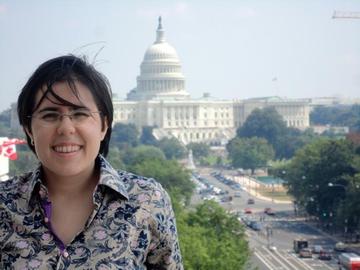