Film Screening and Q&A: The Last Survivors - Echoes from the Holocaust

In commemoration of the 81st anniversary of Kristallnacht, Los Angeles Museum of the Holocaust and The Survivor Mitzvah Project present a screening of The Last Survivors: Echoes from the Holocaust.

The film tells the inspiring, compelling story of the last Holocaust survivors in Eastern Europe and the heroic efforts to bring lifesaving aid to these forgotten heroes. An award-winning cast, including Edward Asner, Elliott Gould, Frances Fisher, Valerie Harper, and Lainie Kazan give voice to the survivors’ stories of loss and perseverance in powerful and moving performances.

The Survivor Mitzvah Project brings emergency aid to more than 2400 elderly and impoverished Holocaust survivors in nine Eastern European countries, and is dedicated to creating a more hopeful final chapter to the Holocaust, one of friendship, kindness and compassion.

The screening will be followed by Q&A with the film's director and founder of The Survivor Mitzvah Project, Zane Buzby. 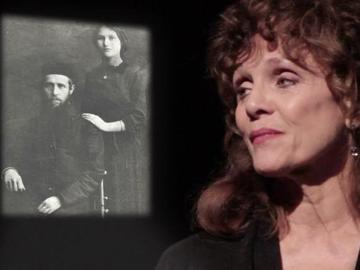