Join us for a dialogue with Michael Berenbaum and G.K. Hunter, author of Healing our Bloodlines: The 8 Realizations of Generational Liberation.

A 90-minute presentation will be followed by a short Q&A. Paperback copies of Healing our Bloodlines will be available for purchase.

Michael Berenbaum is the Director of the Sigi Ziering Institute and a Professor of Jewish Studies at the American Jewish University. He is the original project director for the establishment of the United States Holocaust Memorial Museum (USHMM) and the author of the book The World Must Know: The History of the Holocaust as told by the USHMM. He served for three years as President and CEO of the Survivors of the Shoah Visual History Foundation established by Steven Spielberg. He is an internationally sought after speaker and renowned consultant for the conceptualization of museums.

G. K. Hunter is the developer of Bloodline Healing, a form of intergenerational healing inspired by his work with Jewish Holocaust Survivors as told in his book Healing Our Bloodlines. He is the director of the documentary Sakura & Pearls: Healing from World War II which chronicles a special meeting between Japanese Atomic Bomb Survivors and American Pearl Harbor Survivors. An electric speaker, he has presented at such venues as Cornell University and the Pearl Harbor Visitor Center. 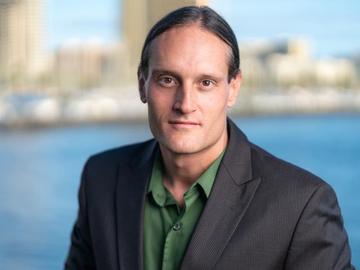