Book Talk | How the Past Speaks to the Present: Ben Hecht's Message for the World Today

Julien Gorbach will discuss the life, work and current relevance of Ben Hecht, the legendary “Shakespeare of Hollywood,” a Chicago crime reporter and leading Hollywood screenwriter who played a critical role in history by shattering the American media silence about the Nazis "Final Solution to the Jewish Question." Hecht’s calls to save “the soul of man” is the focus of his recently published biography, The Notorious Ben Hecht: Iconoclastic Writer and Militant Zionist (Purdue University Press, 2019).

Julien Gorbach, a Boston native, is an assistant professor of journalism in the School of Communications at the University of Hawaii at Manoa. Gorbach earned his doctorate at the Missouri School of Journalism and was a newspaper reporter for 10 years. His book The Notorious Ben Hecht: Iconoclastic Writer and Militant Zionist was published by Purdue University Press in 2019. His essay “Not Your Grandpa’s Hoax: A Comparative History of Fake News” appeared in the Spring 2018 issue of American Journalism, and his studies about Hecht have been published in Journalism History and Literary Journalism Studies.

Steve Ross is professor of history at USC and the director of the Casden Institute for the Study of the Jewish Role in American Life. The first person in his family to go to college, Steve received his B.A. from Columbia University, a Bachelor of Philosophy from Oxford University, and a PhD from Princeton University, where he worked with famed historians Arthur Link and James McPherson. Professor Ross has written extensively in the areas of working-class history, social history, and film history. His most recent book is Hitler in Los Angeles: How Jews and their Spies Foiled Nazi Plots Against Hollywood and America. 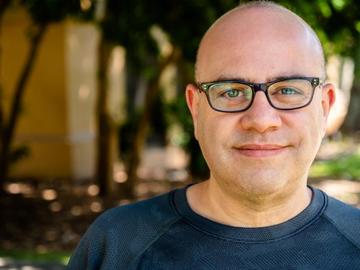