Ivan of the Extermination Camp

IVAN OF THE EXTERMINATION CAMP:
How the Trials and Denials of Nazi Collaborator John Demjanjuk Added to Our Understanding of the Holocaust

A Conversation with Author Tom Teicholz

Nazi collaborator John Demjanjuk was a retired Cleveland autoworker when his past as a Nazi death camp guard was uncovered. Award-winning journalist and author Tom Teicholz covered Demjanjuk's trial in Jerusalem in 1987, and he is featured extensively in the Netflix documentary about Demjanjuk, The Devil Next Door.

Teicholz's new book, Ivan of the Extermination Camp, is a comprehensive account of Demjanjuk’s trials and denials over a 30-year period in the United States, Israel and Germany. Join us for a discussion with Teicholz about his book, the remaining questions about Demjanjuk’s Nazi service, and the fundamental mystery: How could someone who was a good husband, a good father, a church-goer and a good citizen have been a Nazi death camp murderer? 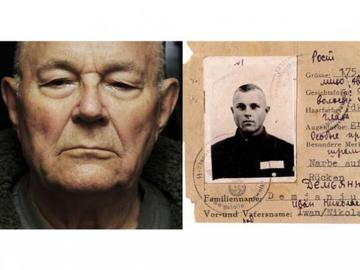