The Lightning Man is a short historical fiction film inspired by interviews with Holocaust survivors. Rafi Kaufman, a Barber-Sonderkommando Holocaust survivor in his 50s, tries to come to terms with the closing of his barbershop in 1973 Los Angeles on Yom Kippur. Meanwhile, he recounts the tragic memories of his past. As a Barber-Sonderkommando, Rafi had to deal with the day-to-day extermination duties forced on him by the Nazis. Through his daughter’s actions and one young boy’s passion to hear Rafi’s experiences, Rafi finds faith in Jewish unity and in his Jewish identity while recognizing the responsibility he has to share his story and accept the support of the people around him. 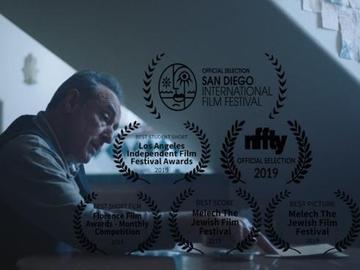