Rachel Rubin Green is a Museum docent and chair of the Southern California chapter of the Kindertransport Association. This Summer Rachel and her husband, Norm, toured Europe as part of the KTA 80th Anniversary Commemorative Tour.  Rachel’s mother escaped Nazi Germany on a Kindertransport from Hanover to London in May, 1939. She was later reunited with her family. Norm’s mother escaped from Vienna, Austria, with her family in Fall, 1938. The Commemorative Tour attempted to follow the routes of the Kindertransports as closely as possible, taking trains between cities and the ferry from Europe to Great Britain. Four Kindertransport survivors, descendants (like Rachel) and spouses (like Norm) comprised the tour group. Rachel and Norm will share their experiences, observations, emotions, and insights from this unique opportunity. 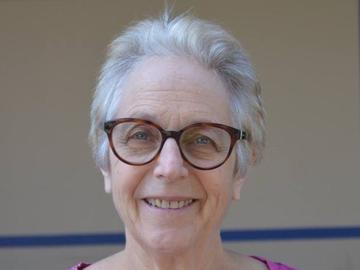