What's Going on with Poland?

As institutions of public history, museums play a vital role in presenting difficult histories. With recent efforts in Poland to dictate how the history of the Holocaust should be told, what stories are Polish museums telling and how free are they to tell them?

How are museums in Poland commemorating these anniversaries? Barbara Kirshenblatt-Gimblett will explore these questions at this special event presented by Los Angeles Museum of the Holocaust, AJC Los Angeles, and the UCLA Alan D. Leve Center for Jewish Studies.

Barbara Kirshenblatt-Gimblett is Chief Curator of the Core Exhibition at POLIN Museum of the History of Polish Jews in Warsaw, Poland and Advisor to the Museum’s Director. She is University Professor Emerita and Professor Emerita of Performance Studies at New York University.

She was honored for lifetime achievement by the Foundation for Jewish Culture and received the Yosl Mlotek Prize for Yiddish and Yiddish Culture, honorary doctorates from the Jewish Theological Seminary and University of Haifa, and the 2015 Marshall Sklare Award for her contribution to the social scientific study of Jewry. She was decorated with the Officer’s Cross of the Order of Merit of the Republic of Poland for her contribution to POLIN Museum. Most recently, she was elected to the American Academy of Arts and Sciences and will receive an honorary doctorate from Indiana University in May 2018.

Kirshenblatt-Gimblett serves on Advisory Boards for the Council of American Jewish Museums, Jewish Museum Vienna, Jewish Museum Berlin, and the Jewish Museum and Tolerance Center in Moscow, and is an advisor for museum and exhibition projects in Lithuania and Israel. Her publications include Destination Culture: Tourism, Museums, and Heritage; They Called Me Mayer July: A Jewish Childhood in Poland (with Mayer Kirshenblatt), Before the Holocaust; Anne Frank Unbound: Memory, Media, Imagination (with Jeffrey Shandler); and The Art of Being Jewish in Modern Times (with Jonathan Karp).

Los Angeles Museum of the Holocaust is an artifact-rich institution that was founded in 1961 by Holocaust survivors who met in Los Angeles, each with their own personal experience and precious documents, photographs, and objects that connected them with their history, family, and friends. They believed in the importance of creating a space to commemorate their loved ones, house their precious artifacts, and educate future generations. Today, Los Angeles Museum of the Holocaust continues its mission to commemorate, educate, and inspire.

AJC Los Angeles is the leading global Jewish advocacy organization, with unparalleled access to government officials, diplomats, and other world leaders. Through these relationships and our international presence, AJC is able to impact opinion and policy on the issues that matter most: combating rising anti-Semitism and extremism, defending Israel’s place in the world, and safeguarding the rights and freedoms of all people.

The UCLA Alan D. Leve Center for Jewish Studies is dedicated to advancing scholarship in all areas of Jewish culture and history, educating the next generation about the role of Judaism in world civilization, and serving as an exceptional public resource for Jewish life and learning. 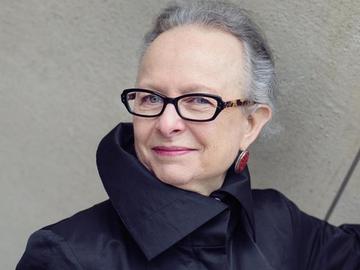